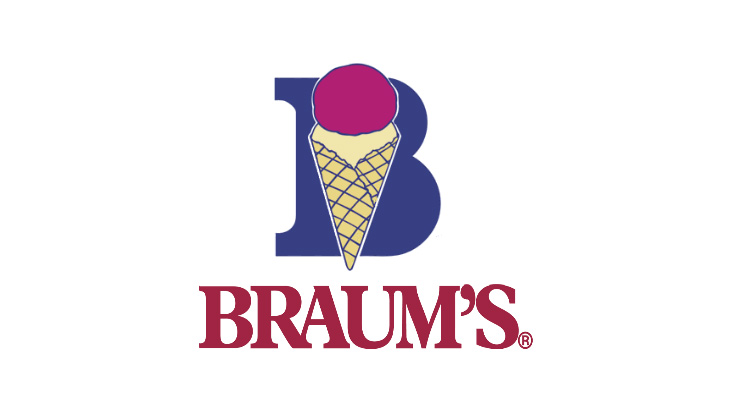 Braum’s may technically be a grocery store and fast food chain, but they are mostly known for the ice cream that is pictured on their logo. They are noteworthy for having their own dairy farm that provides milk for the freshly made ice cream at Braum’s. In addition to their classic ice cream cones, Braum’s sells frozen yogurt and a variety of ice cream treats. You can find out the Braum’s ice cream prices from this article. We will also share details on the flavors and toppings for Braum’s ice cream.

Braum’s ice cream is available in so many delicious flavors that it is impossible to list them all. They have all the typical ice cream classics, and they also have a lot of elaborate flavors that combine ice cream, candy, cookies, brownies, and other flavors. Each flavor is made using milk from the Braum’s cows, and it contains a tasty mix of cream, eggs, sugar, and other flavoring ingredients.

Depending on whether you get a small kid’s size cone or a large cone, the Braum’s ice cream prices will be between $1 and $3. A cone is included in the price, and customers can pick from a waffle or cake cone for no additional cost.

Signature flavors found in almost all locations include vanilla, chocolate, banana split, caramel cookie dough, birthday cake, chocolate chip, and blueberry neapolitan. Many of these also have a light version that contains less sugar and fat.

Braum’s is also famous for their seasonal flavors that are only available around holidays and special occasions. For example, the French eggnog flavor is only sold around Christmas, and the gingerbread is only sold in fall. Other seasonal options include hot chocolate, pumpkin, and peppermint. 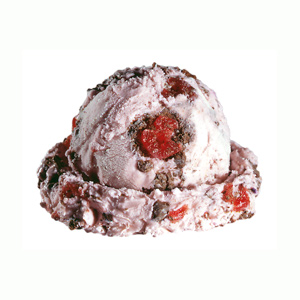 Some stores may have more toppings than others, so you will have to check with your local Braum’s to see what sort of toppings they currently have for sale. Any additional ice cream topping at Braum’s will cost an extra $1.59 on top of the regular Braum’s ice cream prices.

Braum’s has many tasty sundae options for customers who want more flavor. People can get a classic ice cream sundae, with vanilla ice cream topped with hot fudge, nuts, whipped cream, and a cherry for anywhere between $1.79 and $3.49. Another favorite traditional sundae is the Braum’s banana sundae that has hot fudge sauce, whipped cream, banana slices, and cherries for $3.79.

All the other sundaes at Braum’s fall into the “Fancy Sundae” category that generally costs around $3. These special sundaes contain far more than just ice cream, sauces, and whipped cream. Many contain candy, baked goods, fresh fruit, or extra sauces. Favorites include the candy bar sundae, the black forest sundae, the pecan caramel cinnamon crumb cake sundae, and the strawberry shortcake sundae. Keep in mind that some sundae variants are limited-time sundaes that are only sold during certain holidays.

In addition to their ice cream, Braum’s also sells some other delicious frozen treats that use their ice cream. Customers can order a milkshake that contains any of the Braum’s ice cream flavors blended with milk, malt, and additional toppings. These shakes come in small, medium, and large, and they cost anywhere between $1.99 and $3.89. Another frozen treat available at Braum’s is their ice cream sandwiches. 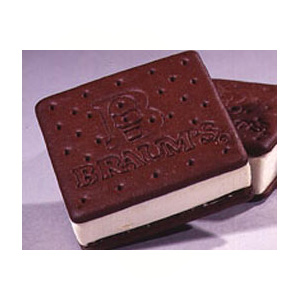 Another available ice cream drink at Braum’s are their floats. For $2.29, customers can request a combination of any of the ice cream and fountain drink soda flavors available at Braum’s. Braum’s also has frozen treats made with their soft serve frozen yogurt. You can get a Braum’s mix, which is a blend of frozen yogurt with your choice of candies and fruit toppings, in a small size for $2.24 or a large size for $2.79. Available mix-ins include Butterfingers, M&M’s, Heath Bars, Oreos, strawberries, or cherries.

Where to Find Braum’s Ice Creams

All Braum’s locations are within a 300 mile radius of their home farm, so you can be certain their ice cream is fresh and delicious. Use the Braum’s store locator to see if you have a Braum’s near you. You can find more information on the Braum’s ice cream prices and flavors by speaking to a member of their customer service team.

The variety of flavors ensures that everyone can find something they like at Braum’s. You can get a simple ice cream cone or a sundae coated in toppings, and all the frozen treats are under $4! Leave a comment to let us know what you think of Braum’s ice cream prices, flavors, and quality.

As an Amazon Associate, this site earns from qualifying purchases. We may also earn small commissions on purchases from other retail websites.